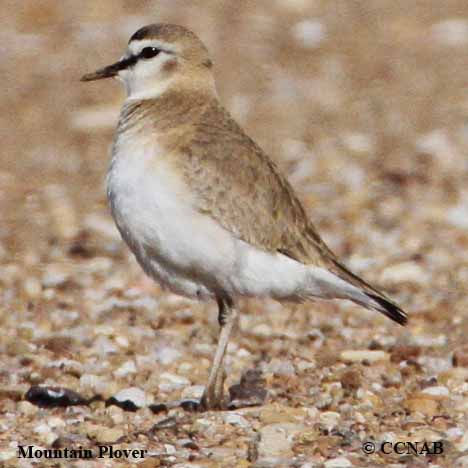 The Mountain Plover is an upland bird found on dry prairies in central areas of North America. This plover can be found nesting in the agriculture fields during the summer months. In the winter time, it will migrate into the agriculture zones in the southern states. It is a bird of concern because of its small numbers.