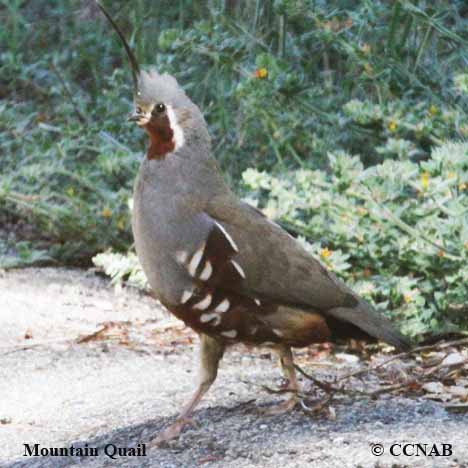 The Mountain Quail are found throughout the Rocky Mountains from southern regions of British Columbia to southern California. This game bird is quite shy and is a very difficult quail to find. It prefers the mountain slopes and conifer forests where it has plenty of cover to conceal itself.