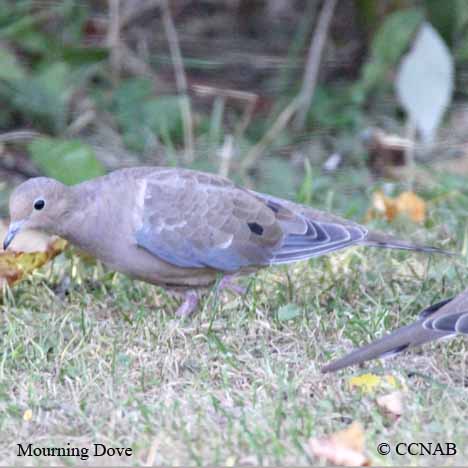 Species: The Mourning Dove (Zenaida macroura), is a commonly seen dove and is found on over two thirds of the North American continent. It is identified by its long pointy tail and wings and what appears to be a small head. This dove is a regular visitor to the backyard feeders and is seen feeding both on the ground under bird feeders or on platform feeders, where it has proper footing. It prefers open country and is not a forest bird. It is considered a gamebird in many US states. Even though it is harvested in the high millions every year, its population does not seem threatened. It is protected in other states and in Canada, preserved as a song bird.

Distinctions: Males and females are similar, with little apparent difference. The male has iridescent blue and pink showing on nape of neck, iridescent pink on side of neck, clear black lines located at the base of lower cheeks, blue orbital eye ring, individual black markings on coverts and tertials, white tips on the out tail feathers, darker primaries and secondaries, when seen in flight it has a light grey, buffy underbody, darker grayish brown upper body and red feet. The female is similar to male, iridescence not as evident. The juvenile appears scaly and has darker tones.

Voice: Males call throughout the seasons, vocal sounds like oowoo-woo-woo. 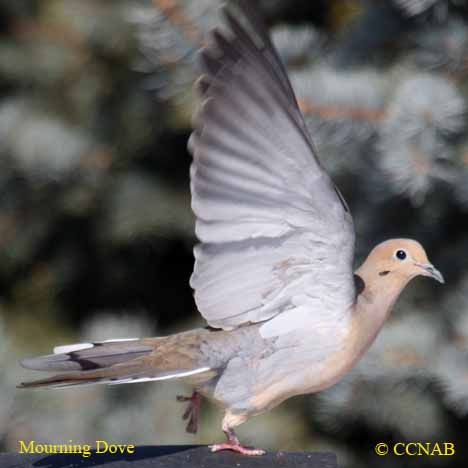 Life, Habitat and Pictures of the Mourning Dove 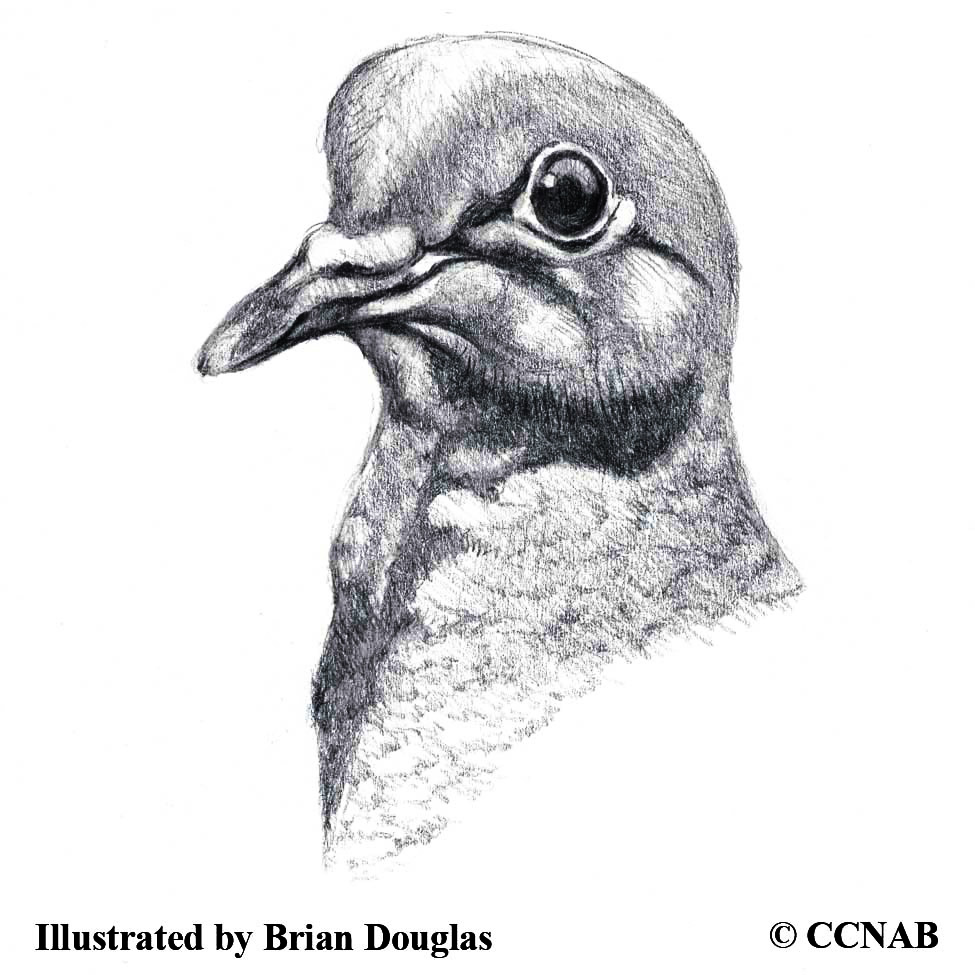 Distribution: Common summer breeders from Nova Scotia, west through all the southern regions of the Canadian provinces to British Columbia. Year-round breeder through most of the US states, except an area of the northern mid-west, from California to Florida, with an apparent like to the warmer climates. Seen throughout the Mexican landscapes, does prefer an open country setting, and many of the Caribbean islands.