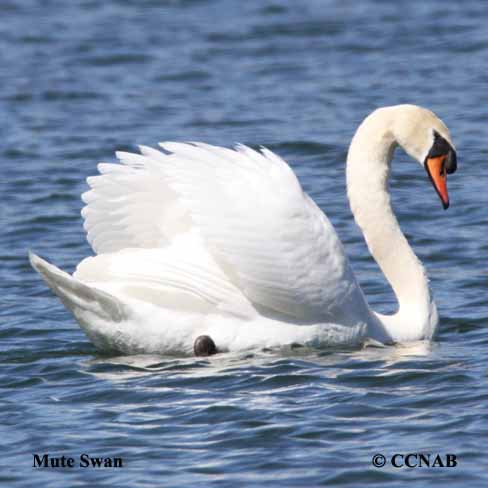 The Mute Swan is a European waterfowl introduced into North America. Today, it can be found throughout the eastern states, coastal Atlantic provinces and the Great Lakes. In the northeastern areas of the US states, these swans are causing concern because of the amount of vegetation in the lakes, that these large waterfowl consume.