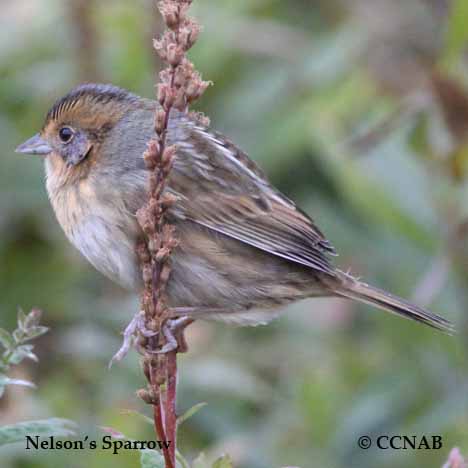 The Nelson's Sparrow was once known by the longer name "Nelson's Sharp-tailed Sparrow". It is one of the smaller members of the sparrow family. This brightly coloured orange face and upper breast sparrow can be found in the tall grasses near wet areas in the north. During their fall migration, they can be observed at their regular stopovers.