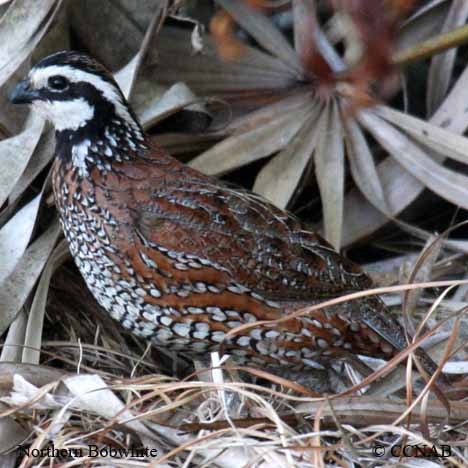 The Northern Bobwhite is a small quail-type game bird found mostly in the eastern and southeastern regions of the US. There are very small numbers of these birds being reported in eastern Canada. These birds are more likely to be seen in an open forest habitat or in overgrown fields.