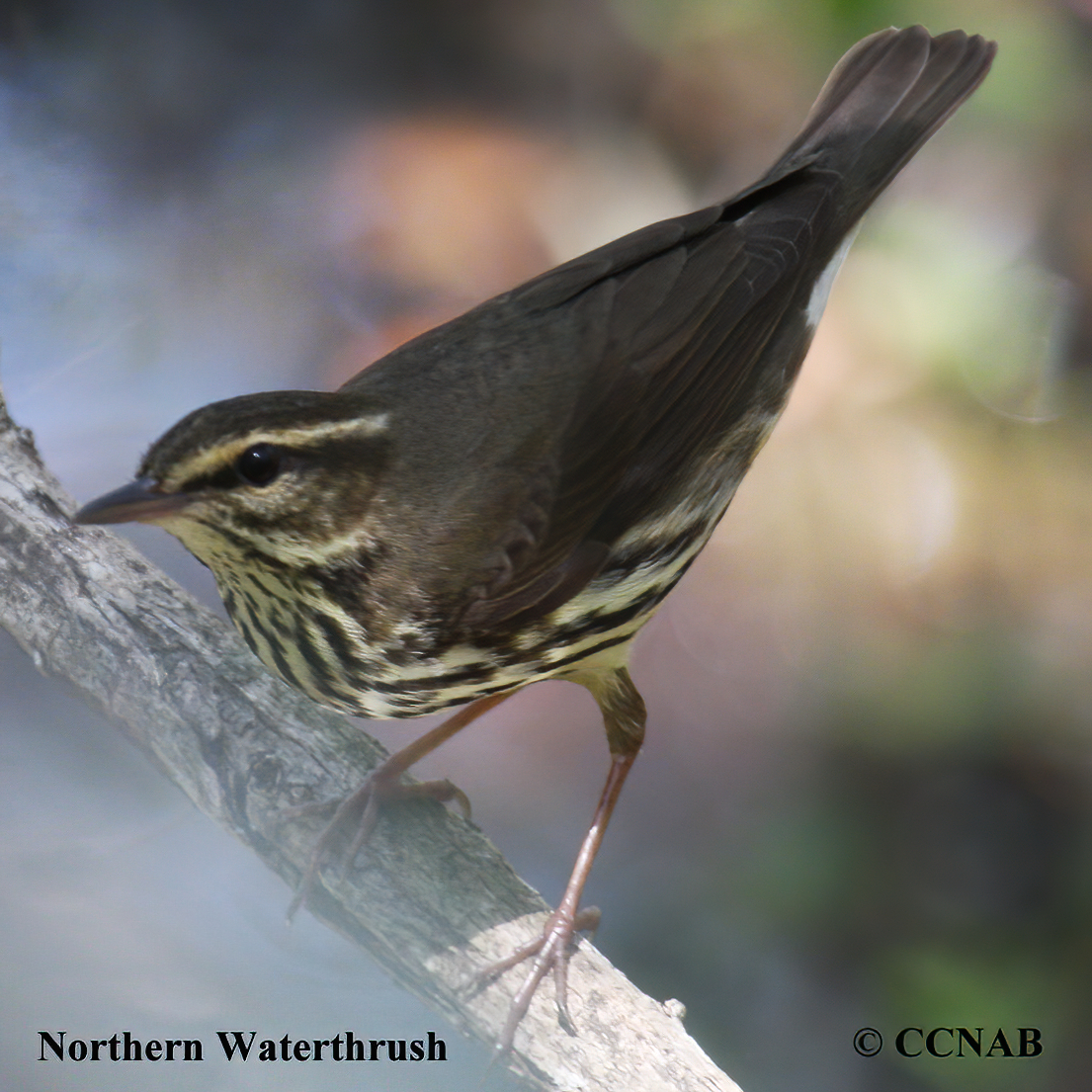 The Northern Waterthrush is a member of the warbler family and can be found throughout the northern regions of North America. It is the most common waterthrush seen in Canada. This forest bird can be found along most forest streams or along wilderness lakes and rivers. It has a very recognizable loud call that is easy to remember.