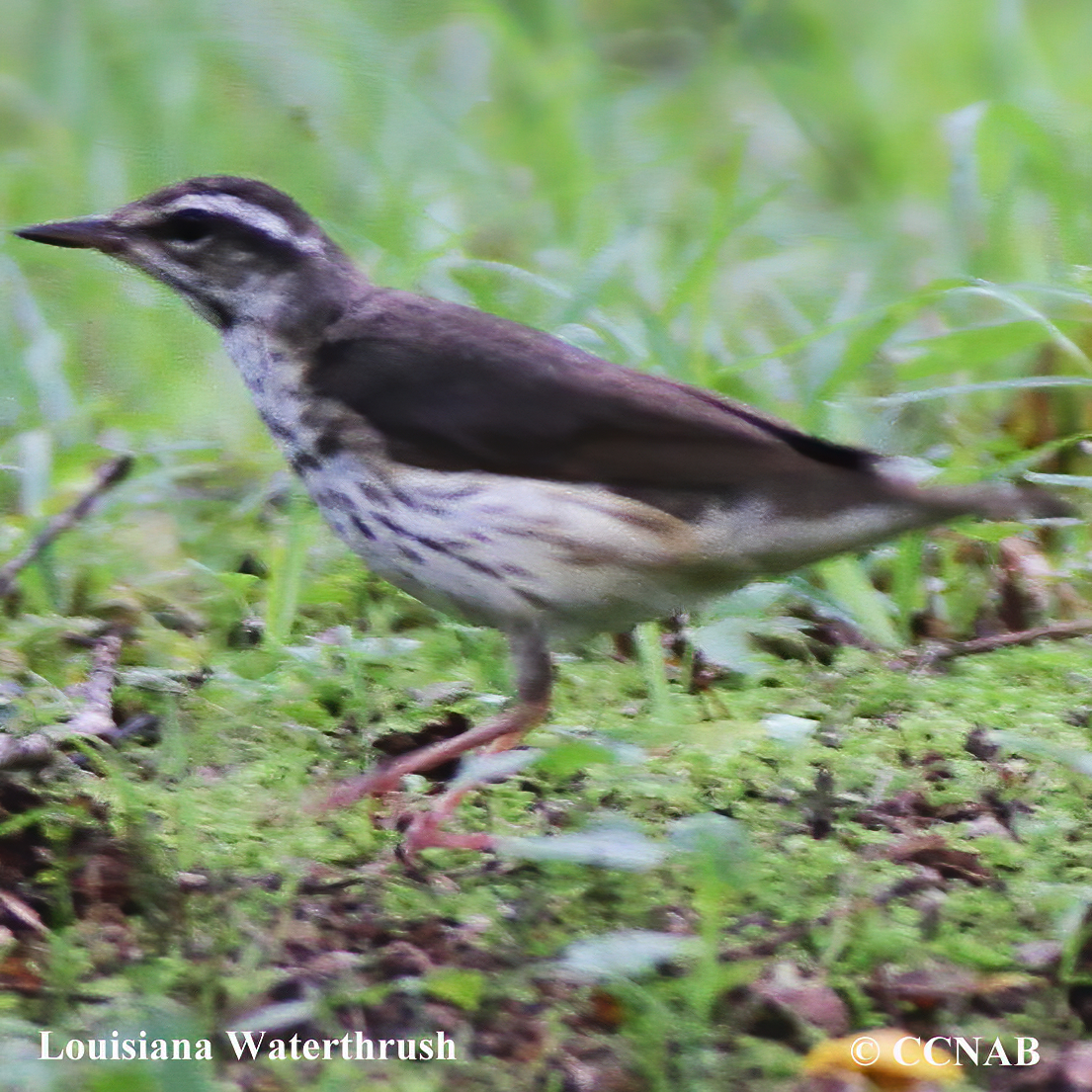 In North America there are two types of waterthrushes, the Northern Waterthrush can be found across the continent except for some areas along the southwest coast. The Louisiana Waterthrush, which is very similar in size and appearance, lives in the southern regions of Canada to Florida and into Mexico.

The waterthrushes are members of the warbler family. These birds can be found along streams in wooded areas and in forests, hopping from rock to rock, going in and out of the water while searching for food. They are known for their habit of always bobbing their tails up and down as they move about.