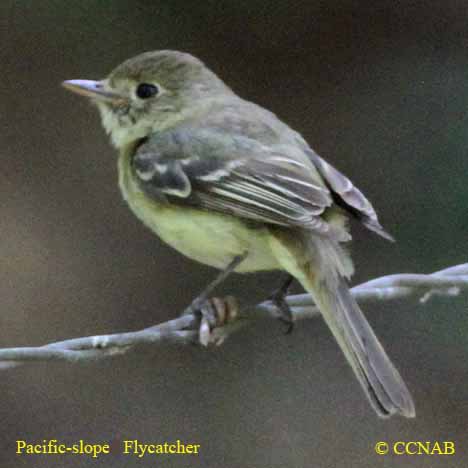 The Pacific-slope Flycatcher and the Cordilleran Flycatcher used to be recognized as the same species, but different races or sub-species. During the warmer months, this flycatcher is seen through the western Rocky Mountains of North America, from northern British Columbia to southern California. In the winter months, it is reported as far as the southern boundaries of Mexico.