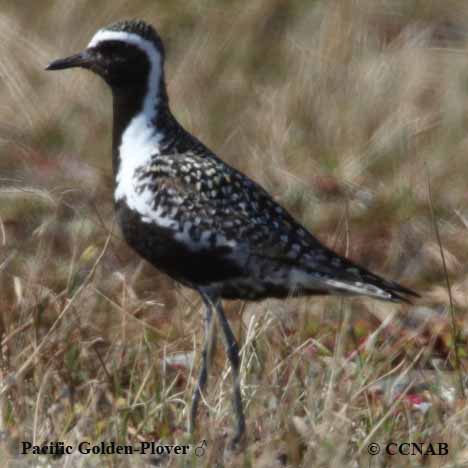 The Pacific Golden-Plover is an inhabitant of Asia, south to Australia. It is seen at different times of the year along the western coast of North America, depending on its migration, it is usually seen in the early fall. A small population breeds on the northwestern coast of Alaska.