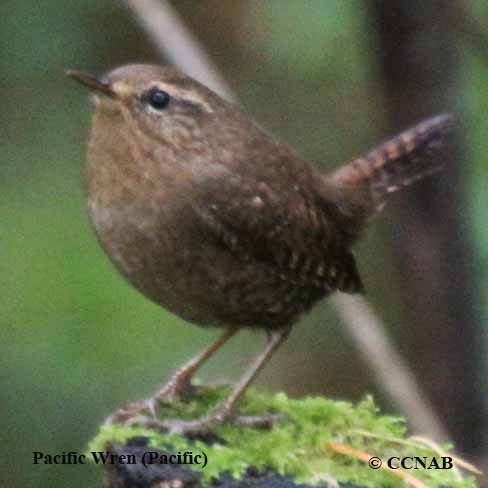 Pacific Wren (Pacific) is a sub-species or race of the Pacific Wren. It has a similar appearance to the Winter Wren, which at one time was the same species. This wren is very hardy and is the last wren to leave the northern territories. It is usually seen on the western side of the Rockies out to the Pacific coast.