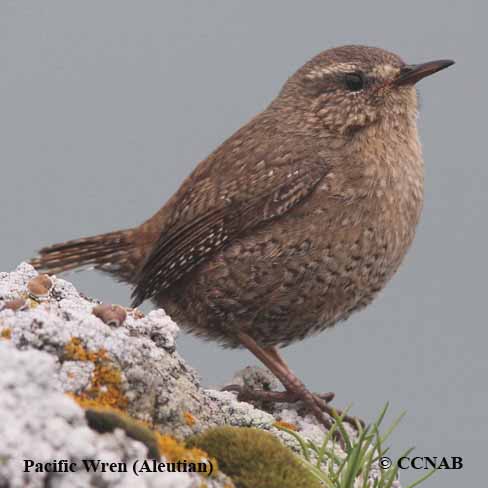 There are two races or sub-species of the Pacific Wren. Although, which is usually the case, races are seen or found in the same type of habitat. This is not the case with the Pacific Wren. The Pacific Wren (Aleutian) is found on the open and barren landscapes of the Aleutian Islands and on the Pribilof Islands, which are both situated in the Bering Sea. It is usually found in the rocky outcropping along the coast. This is a large wren and is the largest in its group and it does not migrate. Then, there is the Pacific Wren (Pacific), that is seen along the southern regions of Alaska, southward and right into the southern regions of California. This race is seen mostly in the forests and it is usually observed on the forest floors. It may move into the interiors during the winter months.

The Pacific Wren was once part of the Winter Wren group. Now it is its own species with sub-species within its group. In general, but it is not always the case, it is seen on the western side of the Rocky Mountains. It moves further into the British Columbia rockies in breeding season.