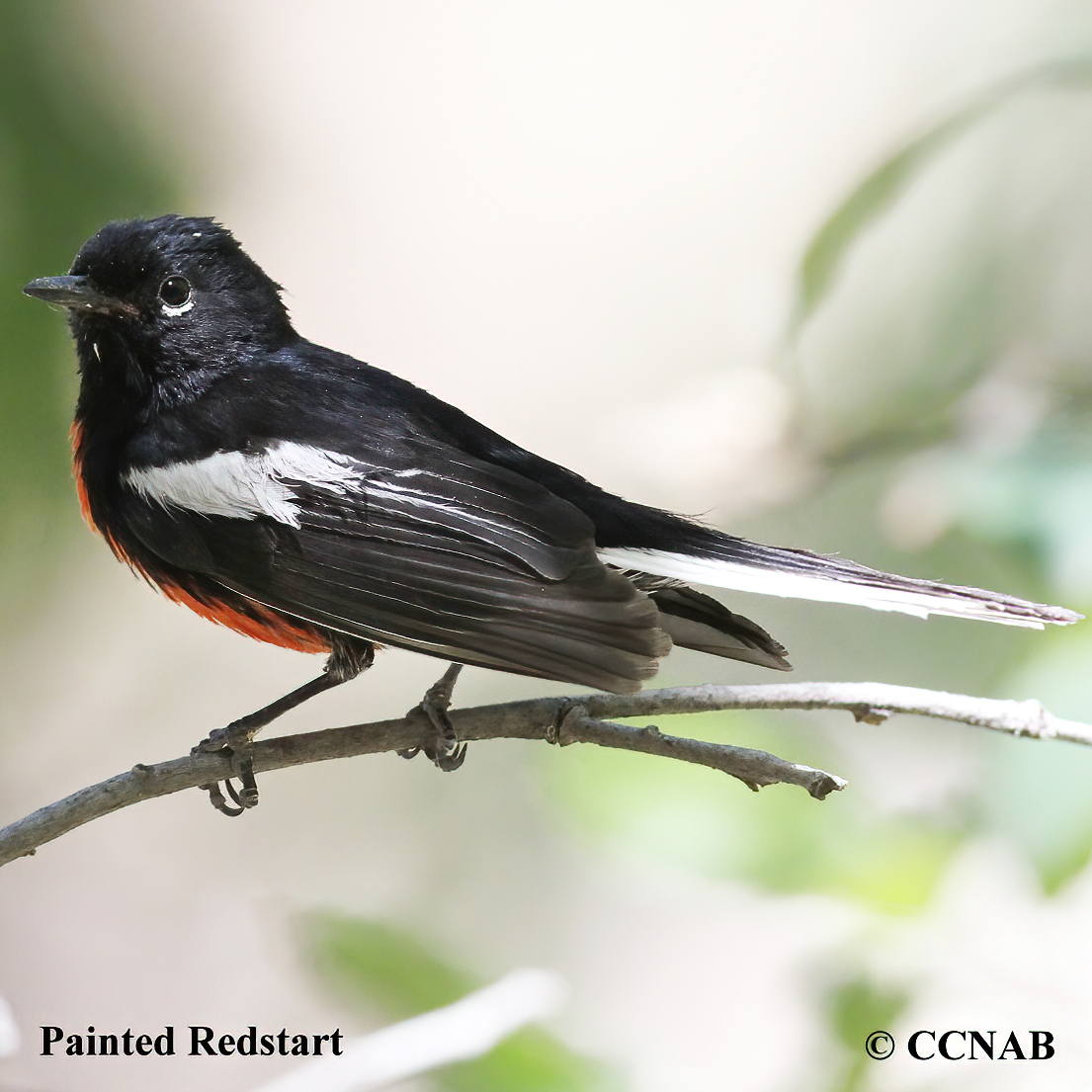 The Painted Redstart can be seen in southeastern Arizona and southwestern New Mexico. It also reaches into Texas at an area known as the Big Bend. This black, white and red warbler move about constntly, jumping from one branch to the other. It has some similarities to the American Redstart.