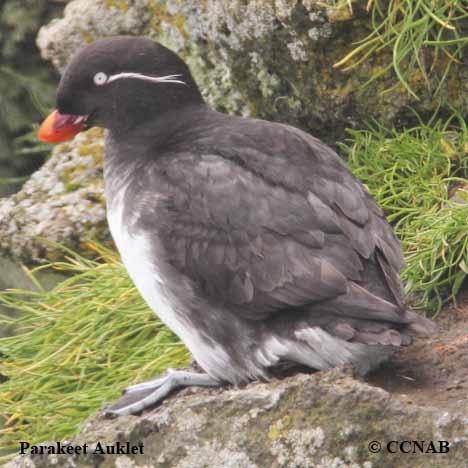 The Parakeet Auklet has one of the largest year around ranges of all the other auklet species. It breeds in the North Bering Sea in the summer months. There are areas where it is seen year around and it spends its winter months in the South Bering Sea. It has a large orange bill which attributes to its given name.