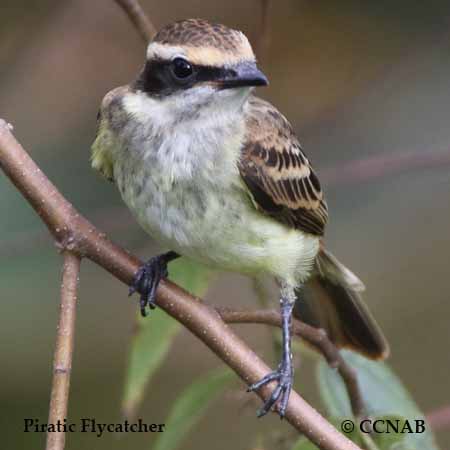 Life, Habitat and Pictures of the Piratic Flycatcher

The Piratic Flycatcher is found in southern Mexico, mostly in the summer months. It is a native bird throughout Central America and the northern half of South America. It gets its name from the fact that it invades other birds nests. It has been a rare vagrant or visitor to North America.