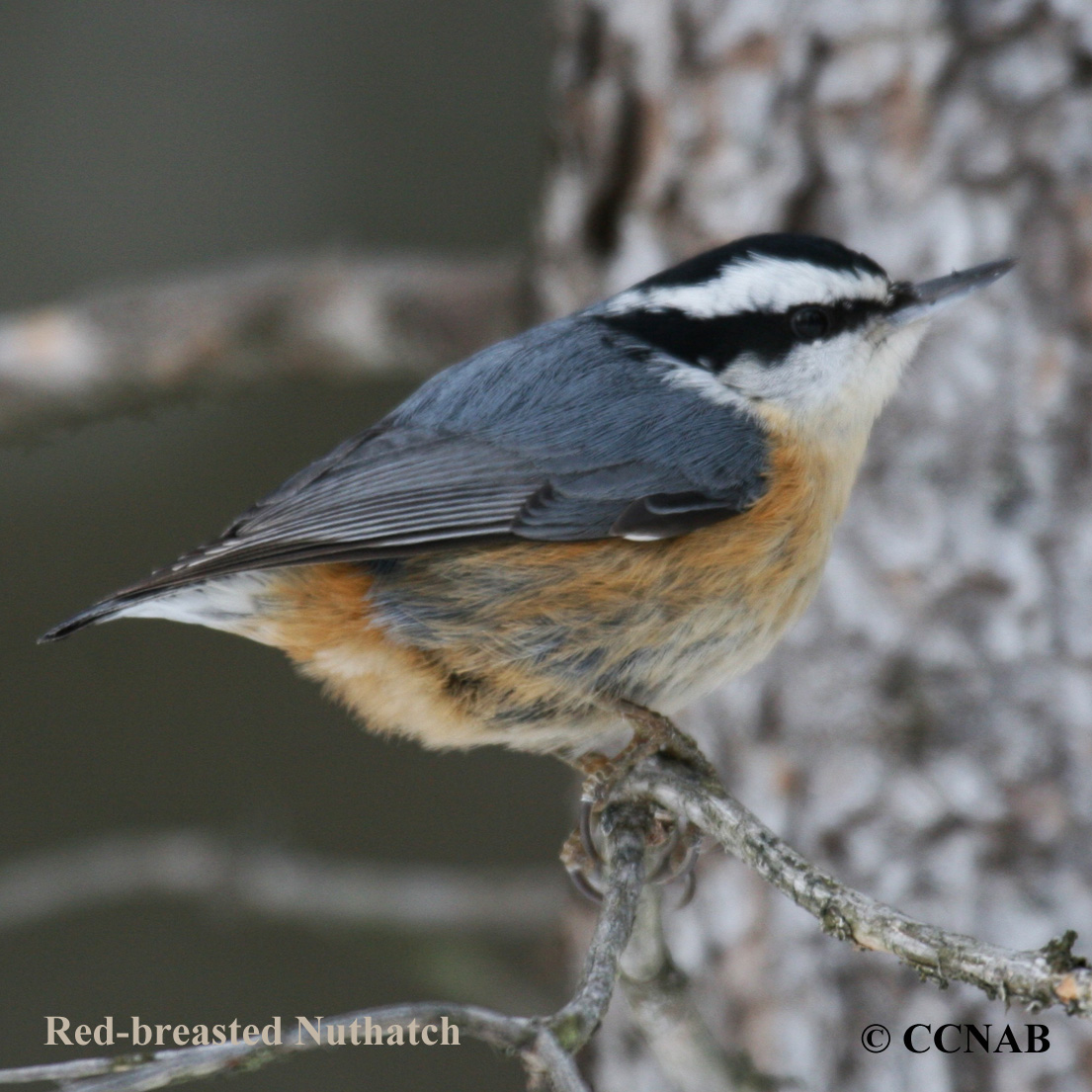 The Red-breasted Nuthatch is usually found in conifer forests. This nuthatch breeds in northern boreal forests. During the winter months it migrates to the southern US states. It can be observed in the Rocky Mountains all year long. It has a unique call, which is a nasal sounding whine.