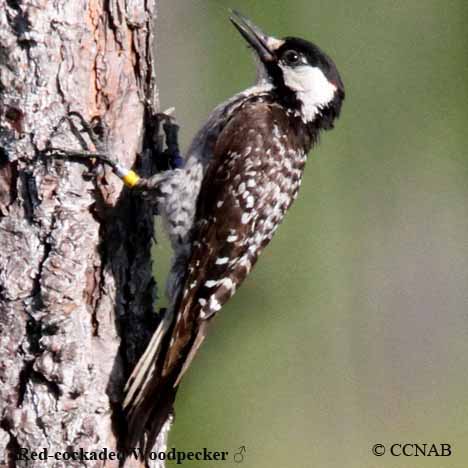 The Red-cockaded Woodpecker is an endangered woodpecker species. It is seen in the old pine forests of the southeastern states. This woodpecker's habitat is in mature pine stands, where it makes its nest in live trees. A program has been initiated, where woodpecker nesting boxes are carved into live pines and the bark of the pines are coated in pine gum to prevent snakes and others creatures from climbing up the trees to eat the adults and their young.