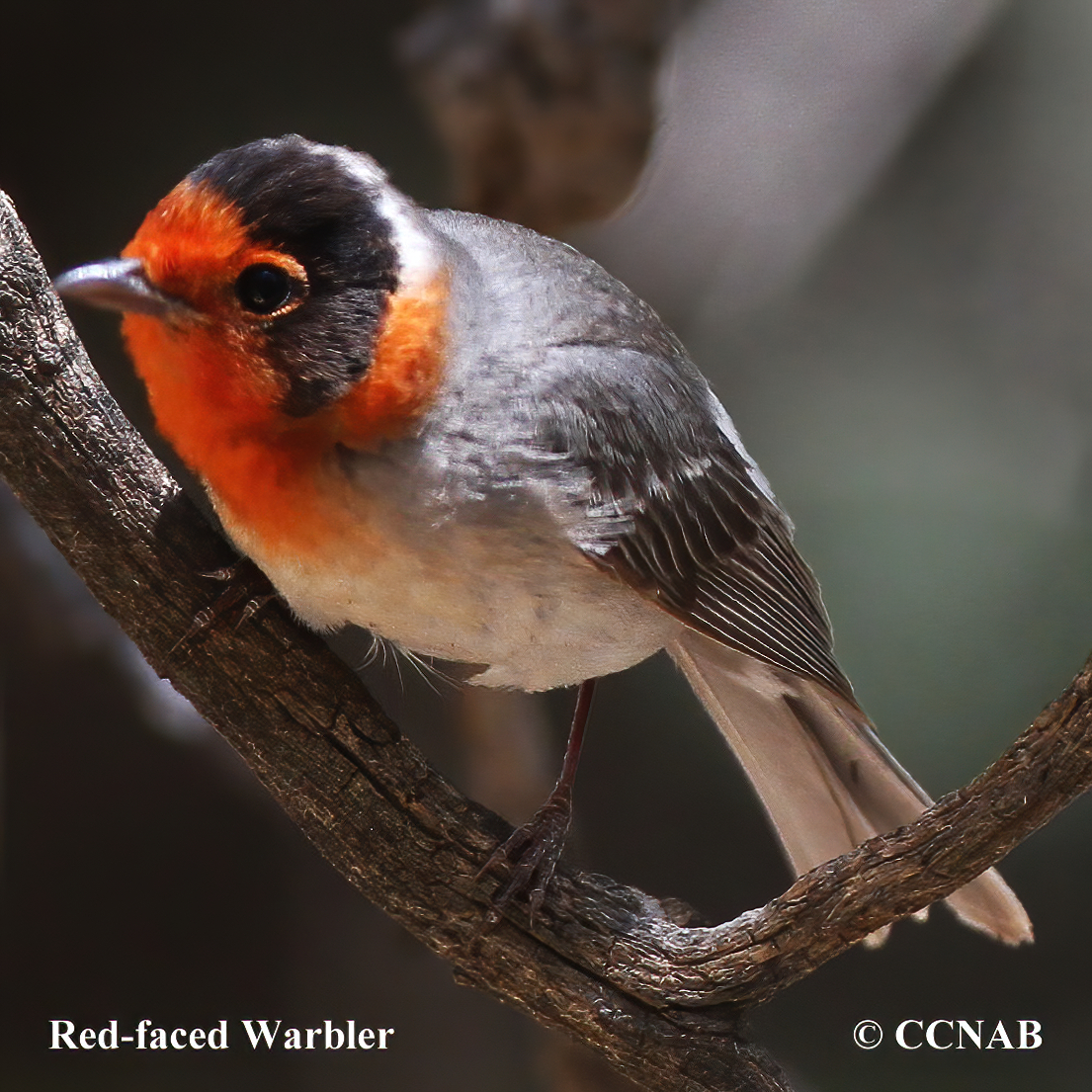 The Red-faced Warbler is one of the most colourful warblers seen in North America. This red, black, grey and white warbler is seen in the mountains located in the southeastern areas of Arizona and New Mexico. It is a native bird to Mexico and is seen along the mountain ranges of the western coast.