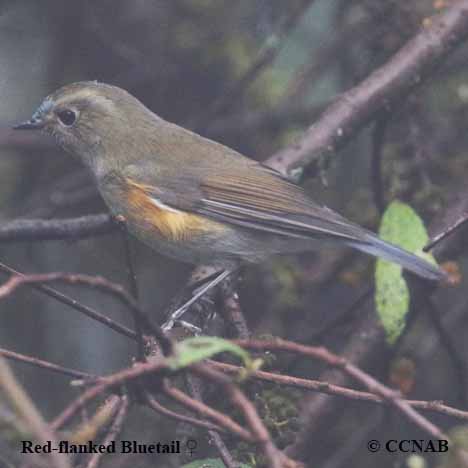 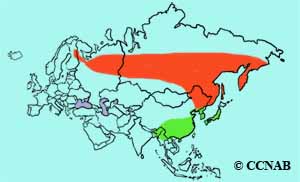 The Red-flanked Bluetail is a member of the flycatcher family and is a native bird of Eurasia. The Bluetail nests in mountains, preferring a high elevation. It is found in the central and northern regions of Finland and eastward through the northern regions of Russia to the Pacific Ocean. In the winter months, it migrates into North and South Korea, throughout China and Thailand. The Red-flanked Bluetail has been identified in Alaska and other areas in North America along the Pacific coast.