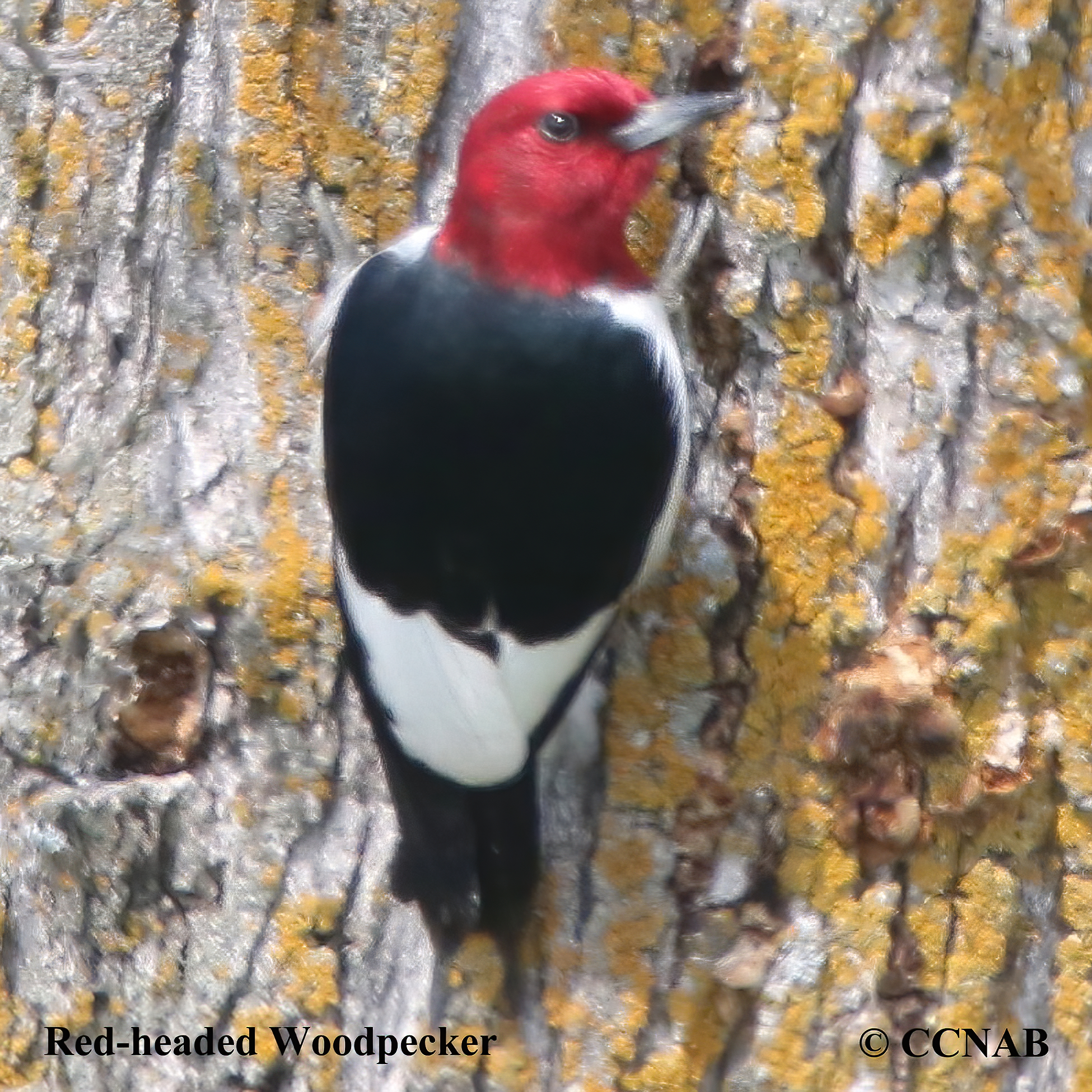 Species: The Red-headed Woodpecker (Melanerpes erythrocephalus) is found throughout eastern North America. This member of the woodpecker family does not peck the trees to locate its food but finds most of its food by capturing flying insects in the air or by gleaning its prey off limbs and branches of trees. The population has suffered and declining numbers overall are probably because of competition from the starling, which is also a cavity nesting bird species.

Distinctions: The male and female have complete red heads and necks with black and white bodies. In flight, large amounts of white on the wings become visible because of the all-white secondaries and rump. Juveniles have similar body plumage but have brown rather than red heads.

Voice: Rattle-type flight call, not very loud contact call. Like most woodpeckers, they do communicate through drumming on dry twigs or hollow limbs of trees.

Nesting: Four to five white eggs, one to two broods per year. Nest is located in a cavity of a tree in which both parents pecked out. These woodpeckers are prone to nest in bird houses designed for woodpeckers in particular. 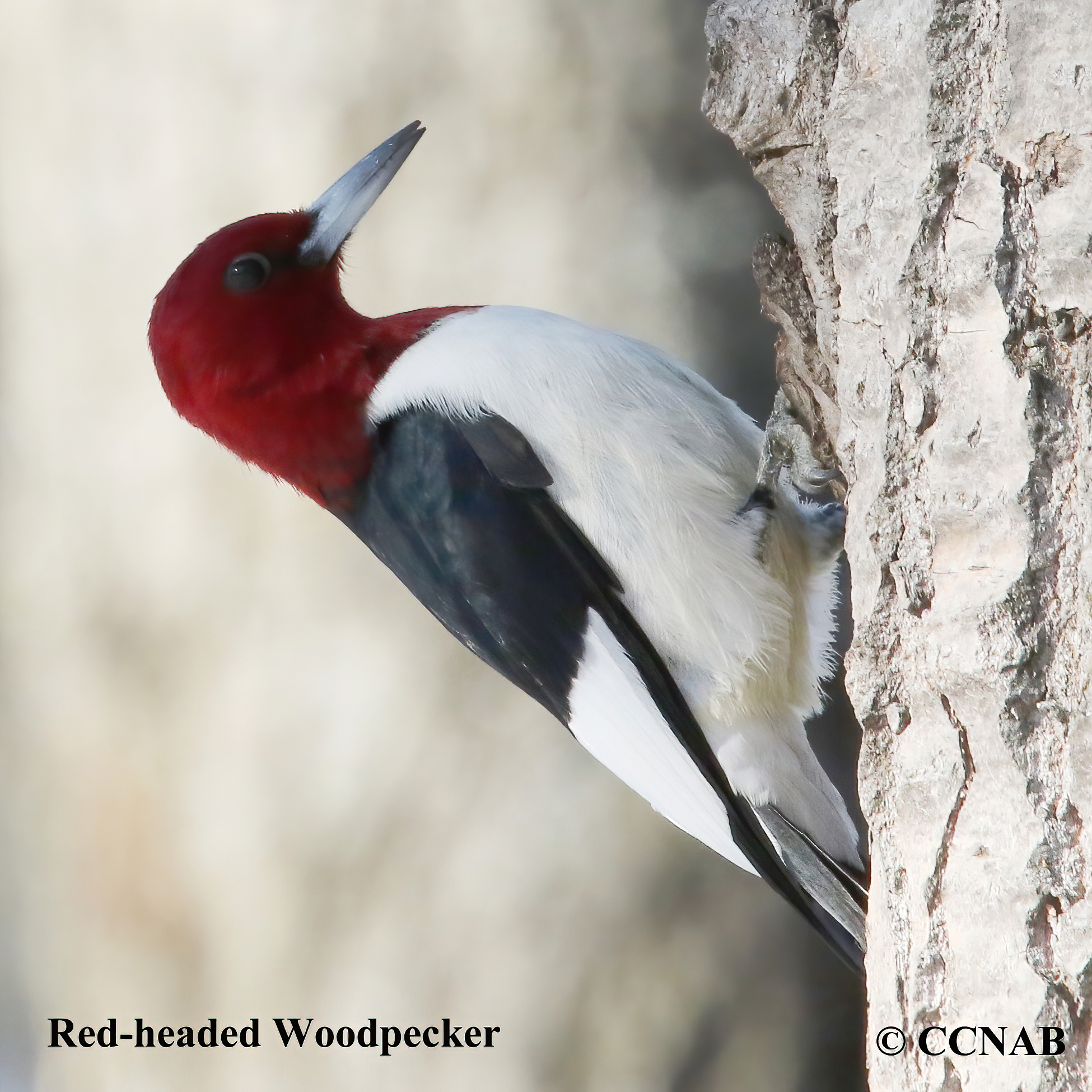 Distribution: Found throughout farmfields with woodstands, woodlots and forests, from southern Quebec through southern Ontario, west into southern Saskatchewan and down into New Mexico, through most of Texas and across to the Atlantic coast and into southern Florida.