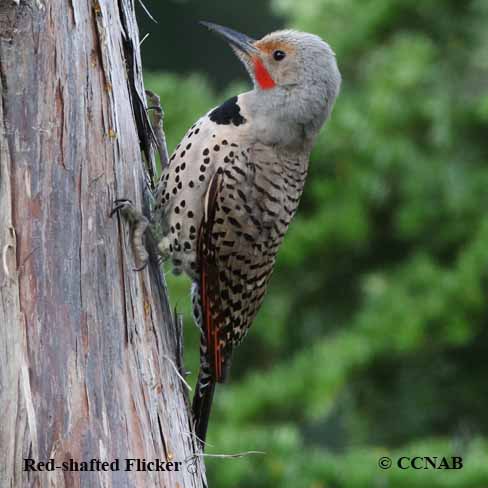 The Red-shafted Flicker is one of the two sub-species of the Northern Flicker. The Yellow-shafted Flicker is the second race. This Northern Flicker race is found from northern British Columbia through most of the Canadian prairies and south into Mexico. The bright reddish-orange edging on the flight feathers distinguish these flickers from the eastern race, which has yellow edging on their flight feathers. Flickers are members of the woodpecker family.