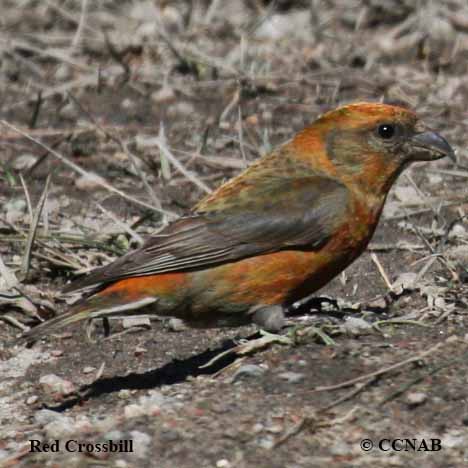 The Red Crossbill is the larger of the two crossbill species seen in North America. These crossbills have a large number of sub-species among them, and the sub-species are mostly determined by the size of their bills. The crossbills in general are nomads with no specific region to call home. They are always in the search of mature conifers cones seeds.