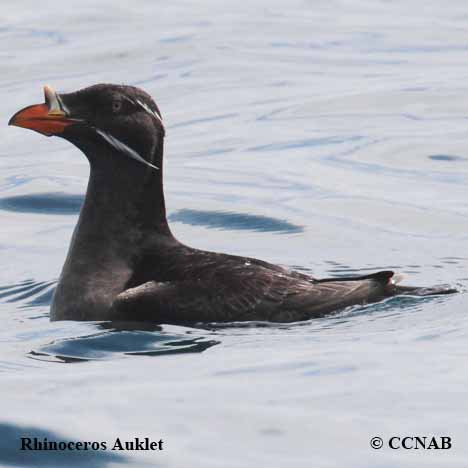 The Rhinoceros Auklet can be recognized in the breeding season by its protruding horn at the base of its upper bill. This attractive seabird can be seen from the western end of the Aleutian Islands, all along the Pacific coastline, right into the California Baja coastline.