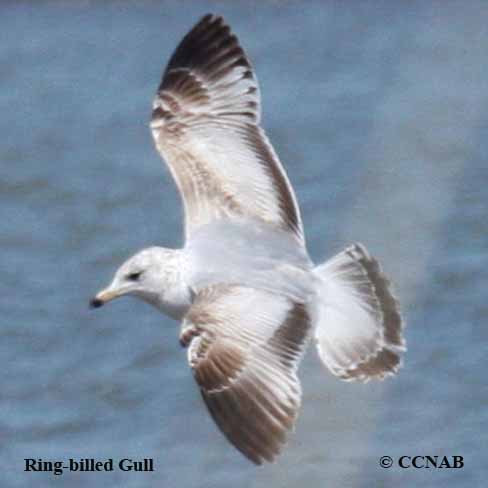 The Ring-billed Gull is a mid-size member of the North American gull family. This is a very common gull that is mostly seen throughout the eastern US states and across the southern ranges of Canada. Very large numbers of these gulls are nesting in the southeastern regions of Canada.