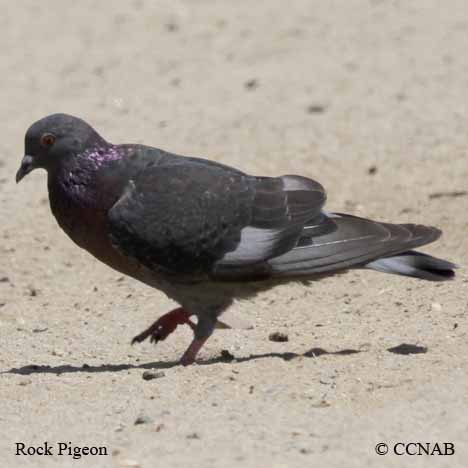 The Rock Pigeon is an introduced bird from Europe to North America and is considered a New World pigeon. This pigeon has now made a habitat out of 75 percent of the North American continent. Wherever there is a population of people, you will find these doves. They are seen in towns and cities and around farms.