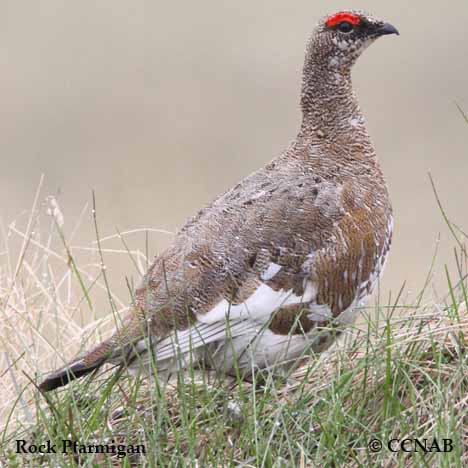 The Rock Ptarmigan is a northern game bird that breeds in the northern mountains of North America and on the arctic tundras. In general, the ptarmigans change from a brown and white coloured bird in the breeding season to its all-white plumage during the winter months. These ptarmigans can be seen right in the town of Adak, which is situated on one of the Aleutian western islands.