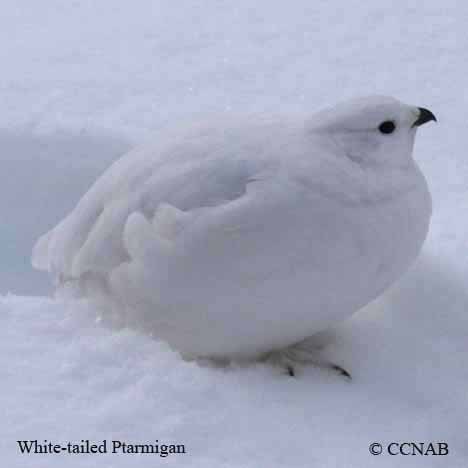 There are three types of ptarmigans found in North America. The Willow Ptarmigan and the Rock Ptarmigan cover all the northern ranges of Canada and Alaska. The White-tailed Ptarmigan lives only in the Rocky Mountains.

Ptarmigans live in the land of snow, preferring tundra and the tops of tall mountains for their habitat. They live above the treelines in the warmer months and move into the treelines in the colder months. They have some of the characteristics as other arctic animals, their plumage changes colour from darker colours to white plumage in the winter months to better blend in with the surrounding snow and to protect themselves from being easily noticed by predators. These hardy birds will bury themselves in the powder snow using this as a means of insulation and keeping warm in the extreme cold.