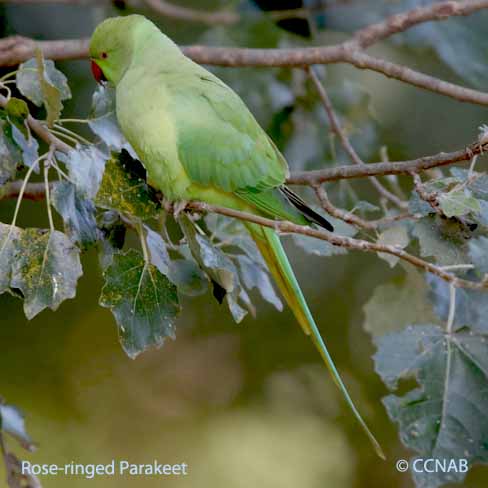 The Rose-ringed Parakeet is an exotic bird that has been introduced into some of the larger cities in California and Florida. This very attractive parakeet can be seen in many cities throughout the world and all of India. It has not received a status in North America and is not on the ABA list.