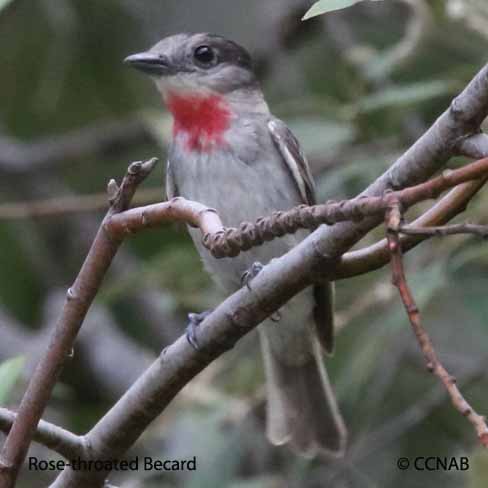 The Rose-throated Becard is a vagrant from Mexico and Central America. This bird species is usually seen in forest or partly forested area near water. The male of this bird species is identified by a bright red spot on its throat. The female is much more bland, seen in her brownish-grey and white plumage and without a red spot on her throat.