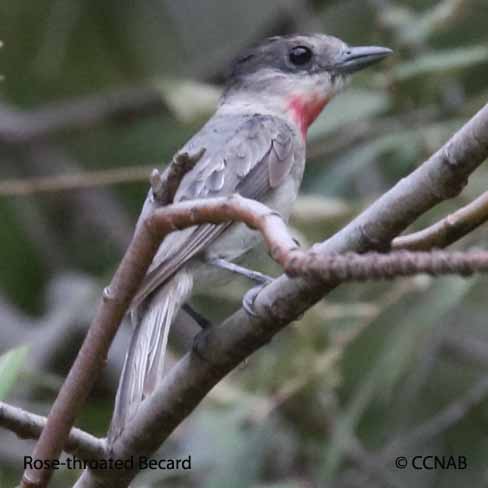 There have been two types of becards identified in North America. These are the Rose-throated Becard and the Gray-collared Becard. Both bird species are recognized as tropical birds and vagrant visitors from Mexico and Central America. These birds are members of the flycatcher family, which includes a very large body of birds, such as kingbirds, phoebes and wood-pewees. Most times becards are found high up in the crowns of deciduous trees which makes it difficult to fully see and identify them.

Of these two vagrant species, the Rose-throated Becard is the becard most likely to be seen. Every year or so, there are sighting reports, usually in the state of Texas. Almost in all reported sightings, it is only one of the sexes that is seen. The bird will stay in one area only for a short period of time and at one point returns back to its habitat south of the Rio Grande River.