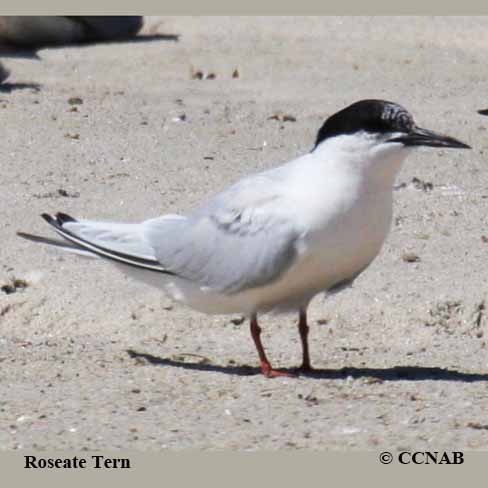 The Roseate Tern is seen along the northern coastlines of the Atlantic Ocean in the USA and right into the province of Nova Scotia. This tern can sometimes be confused with the Common Tern. Close observation is needed to distinguish between them. It also breeds on islands in the Caribbean Sea and in some European countries.