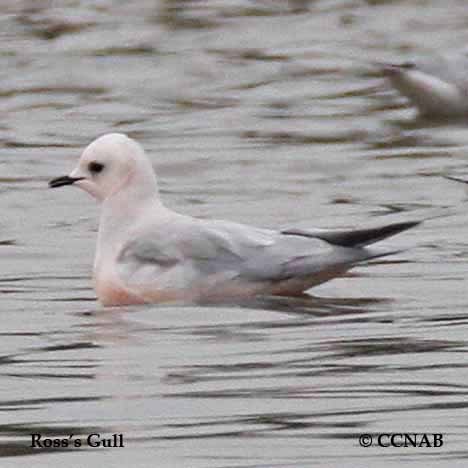 The Ross's Gull is recognized by its pinkish coloured plumage and dark chinstrap, that is when it is seen in its breeding stage. This small arctic gull lives and breeds in the far northern arctic islands and spends its winter months in the North Bering Sea. It is one of the more difficult gulls to see or observe.