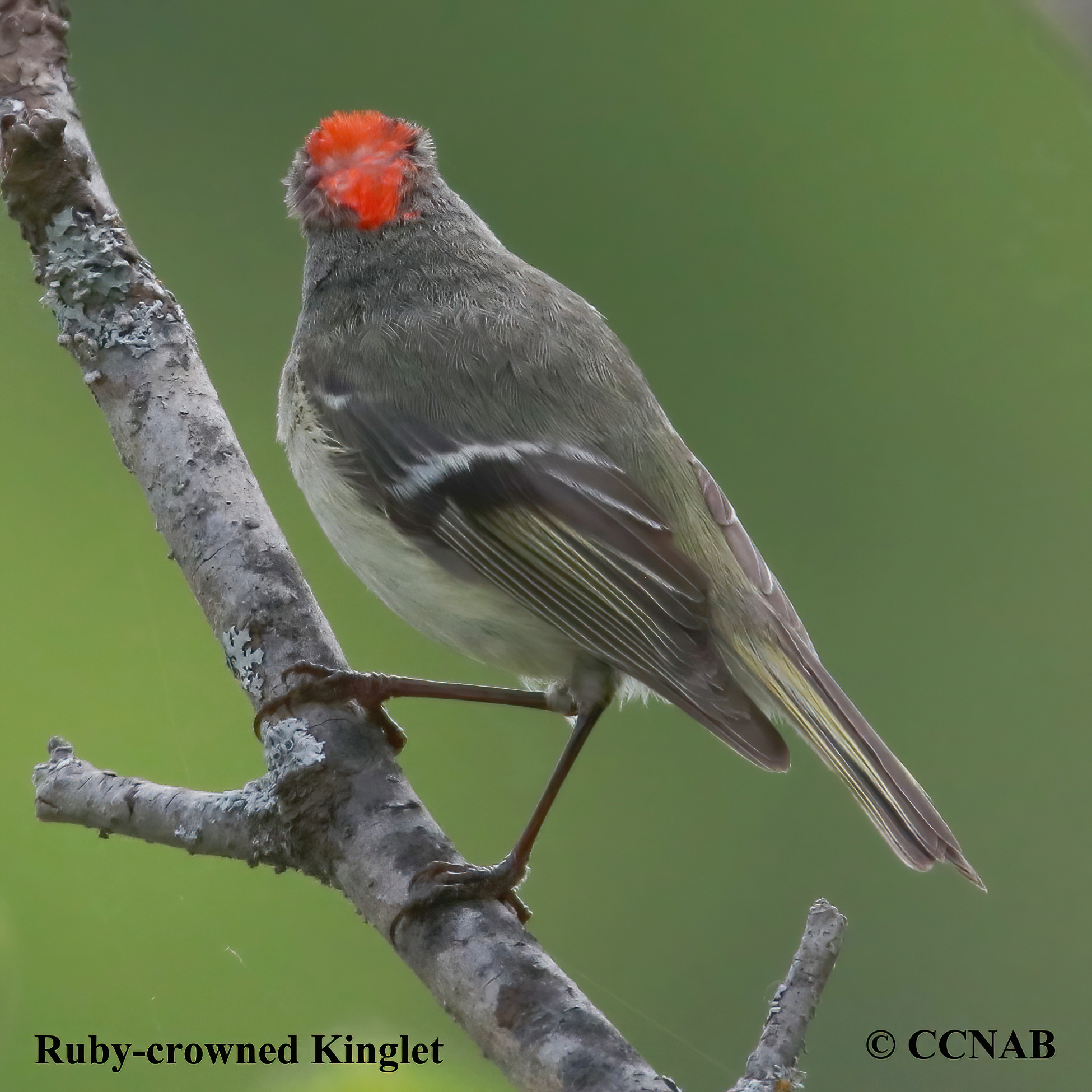 The Ruby-crowned Kinglet is a small green-coloured bird which is usually found in conifers. It breeds in the boreal forest and the tundra. The male has a red stripe through the center of its crown. The red stripe is often times very hard to see unless it raises the feathers on the crest of its head. The female does not have the red on the top of her head.