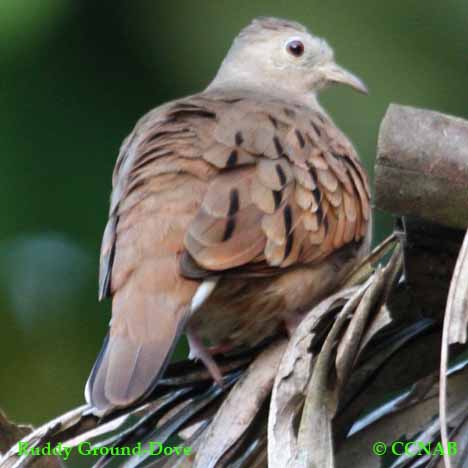 Life, Habitat and Pictures of the Ruddy Ground-Dove

The Ruddy Ground-Dove is a native bird to Mexico, Central and South America. This is a small dove, comparable in size to the native Common Ground-Dove. Small numbers of these doves are seen along the states bordering Mexico every year. They are most likely to be seen in the southern regions of of Arizona or California.