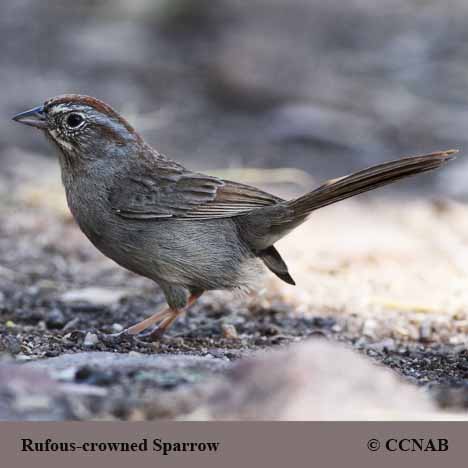 The Rufous-crowned Sparrow lives in the arid regions of the southwestern and southern central states. They are also native birds of Mexico. This is another sparrow species one might see at a bird feeding station or come across while birding in a semi-forest area or a scrub-type landscape.