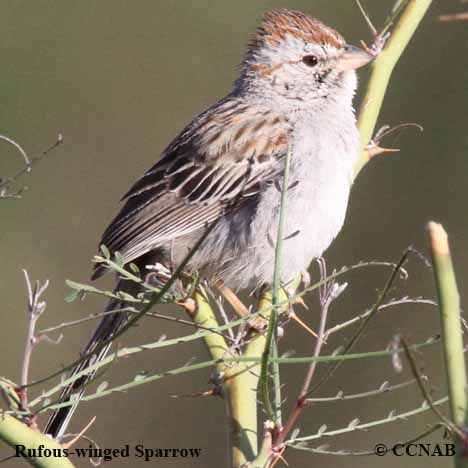 The Rufous-winged Sparrow is seen in a very small area in North America, which is in the southern regions of Arizona. It is a native bird to Mexico also, but again, it is not a large area by most standards. It does have a similar appearance to the more popular Rufous-crowned Sparrow, which is has a much large range.