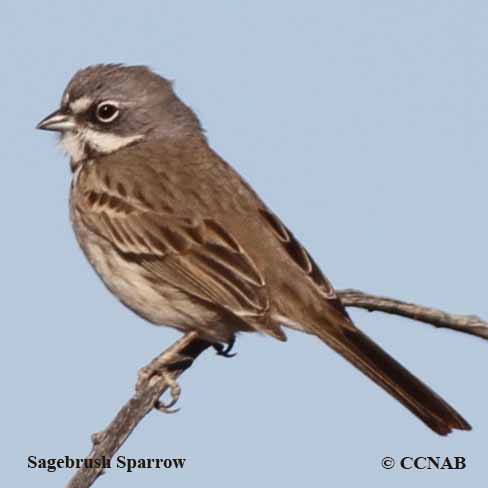 The Sagebrush Sparrow and the Bell's Sparrow, until recently, were once a sub-species of each other and were called the Sage Sparrow. Today, each of these sparrows are individual bird species. The Sagebrush Sparrow has the larger range of the two and is seen throughout the southwestern states.