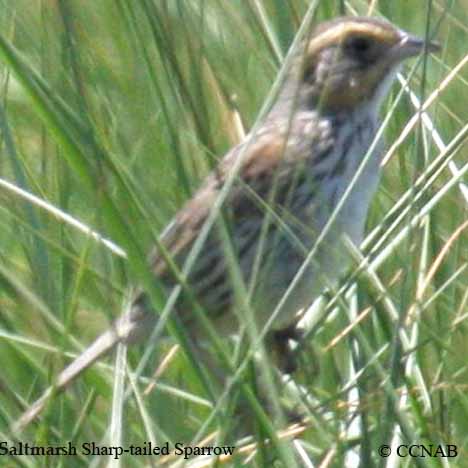 The Saltmarsh Sparrow was once known as "Saltmarsh Sharp-tailed Sparrow". It has many similarities to the Nelson's Sparrow. Both of these bird species prefer a grassy area partially submerged in water. It is very difficult to see this sparrow completely because of its shyness and the habitat it lives in.