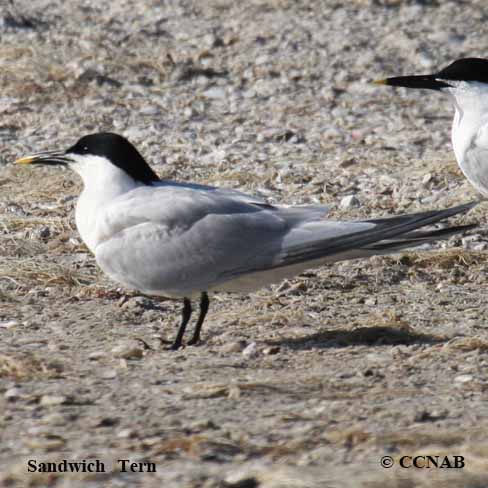 The Sandwich Tern is one of the easiest terns to recognize in North America. Its black-coloured bill with an ivory-coloured tip makes it easy to identify. These terns are seen along the Atlantic coastlines and along the southeastern coastlines right into eastern Texas.