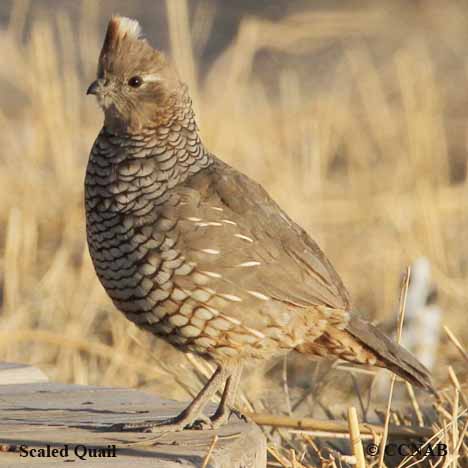 The Scaled Quail prefers a dry and hot habitat. This hardy game bird lives in the srcublands from Arizona to Texas and south into Mexico. It is the dullest looking and least colourful of all the quails seen in seen in North America. The appearance of its plumage shows a pattern of scales, which is where it gets its name from.