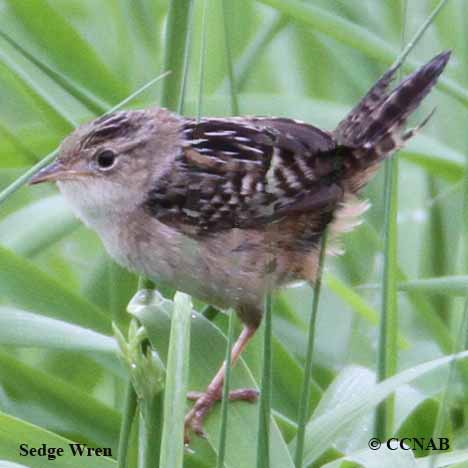 Life, Habitat and Pictures of the Sedge Wren

The Sedge Wren was once known as the Short-billed Marsh Wren. It prefers its habitat in undisturbed long grass located in wet areas. This small bird, like most birds that live in tall grasses, is more often heard than seen. They are more common on the Canadian praires and the in the central US states.