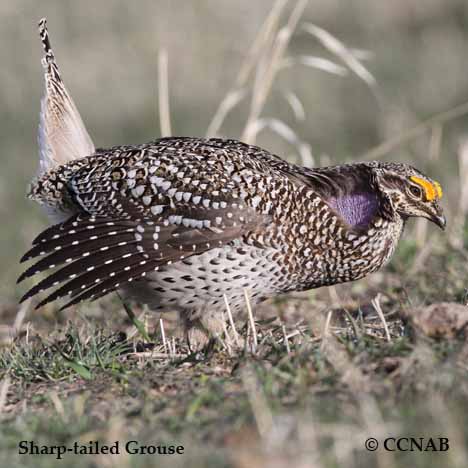 The Sharp-tailed Grouse is a member of the prairie-chicken family. It is a game bird whose habitat is most often found in open grasslands. These grouse can be found in large flocks. In the early spring months, large gatherings of males and females will develop, forming leks, where the males will compete for the attentions of the females.