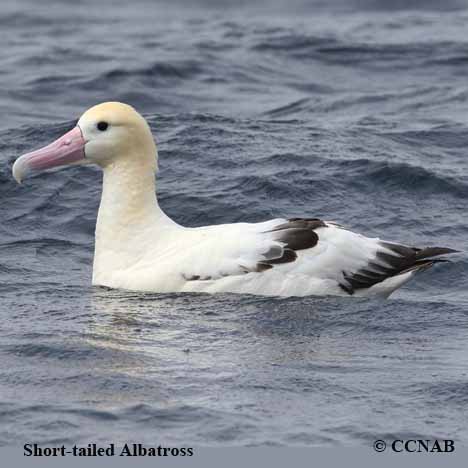 The Short-tailed Albatross is the rarest albatross seen in the north Pacific Ocean waters. This very large albatross is an endangered seabird whose nesting sites were relocated some years ago. Today, there is a small nesting colony that exists on some of the islands off of Japan.