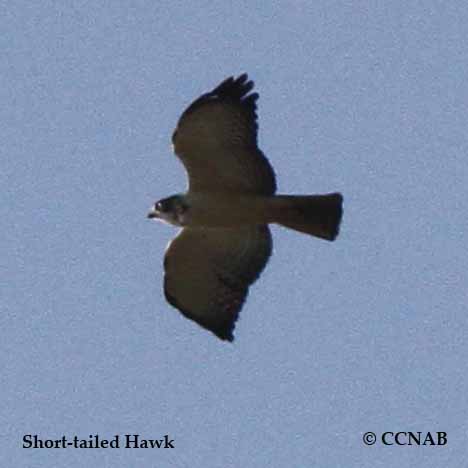 Life, Habitat and Pictures of the Short-tailed Hawk

The Short-tailed Hawk is in the same genus as the Buteo. Seen mostly in Mexico, Central and South America, this hawk is common in Florida with small numbers seen in Texas and Arizona. There are two morphs, one is a light coloured with a hooded head, the other is seen in dark plumage with greyish wing feathers.