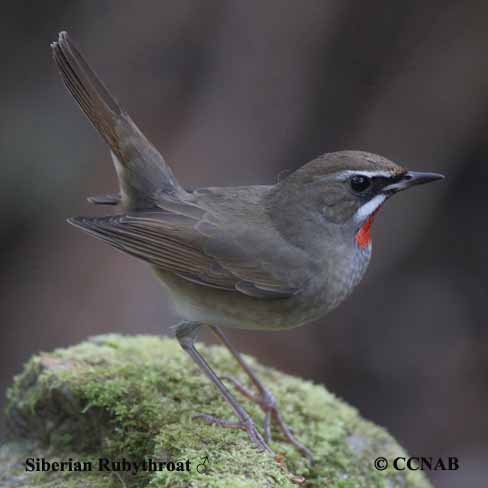 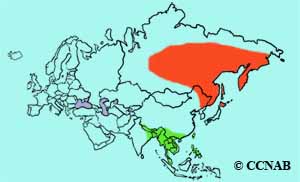 The Siberian Rubythroat is a native bird of Asia and a member of the flycatcher family. The handsome red and grey male and the female that nests in northern Russia, prefer a forest-type habitat. In the winter months it migrates into southeastern Asia. It has been seen in North America and is a recognized vagrant.