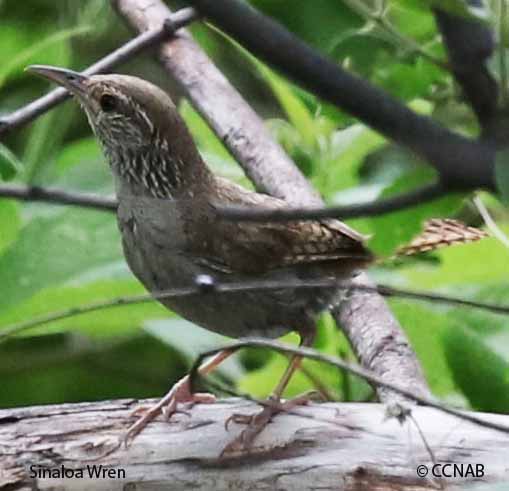 The Sinaloa Wren is a native bird of Mexico that is found almost all along the Pacific coastline. It has a range north to the US/Mexican border and is a regular visitor to the extreme southern areas of Arizona. It is a common wren found throughout its range but not an easy bird to observe because of its habit of concealing itself in the brambles.