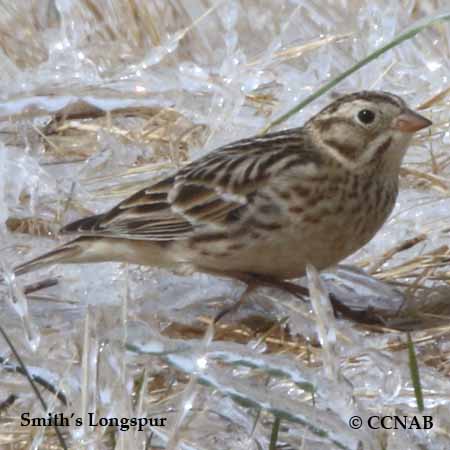 The Smith's Longspur is one of four species of longspurs seen in North America. This longspur nests above the northern treeline along the Arctic Ocean coastlines, from northern Ontario right into Alaska. It has the smallest area of all the longspurs and it spends its winter months in the central southern US states.