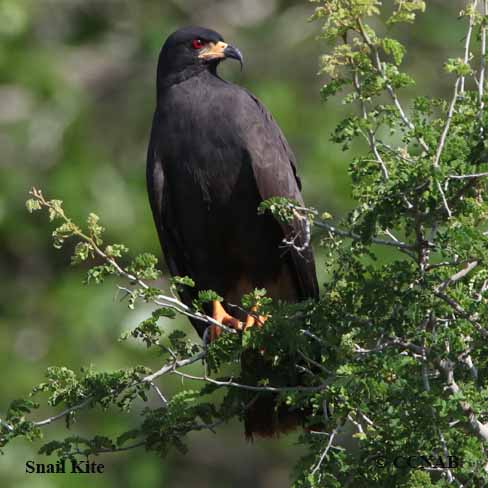 The Snail Kite is one of the larger members of the kite family seen in North America. As the name indicates, the main diet of this bird of prey are the large snails it finds in the marshes. It is an endangered North American bird species and is mostly seen in the Everglades.