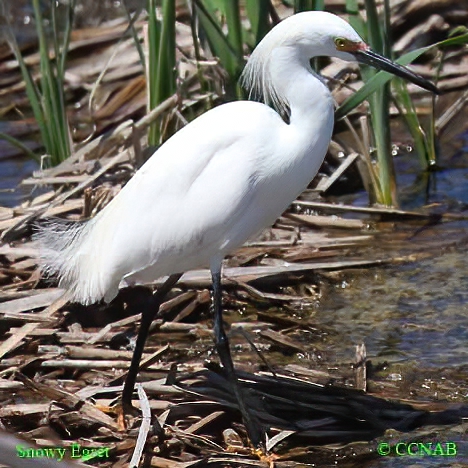 The Snowy Egret is seen throughout the southern regions of the US and along the eastern coastlines. It is a common wading bird seen on the Caribbean islands and in Mexico. This egret can be identified by its black coloured legs with a yellow stripe from top to bottom and its yellow feet.