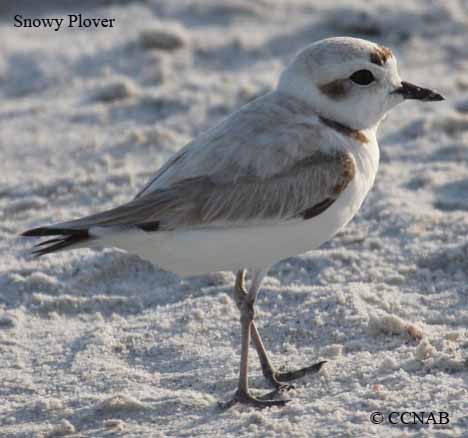 The Snowy Plovers are small endangered shorebirds that are seen mostly on the coastlines and some interior shorelines of the southern US states. This bird's habitat is sandy shores, where it competes in a losing battle, to recreational beaches. It is similar in appearance to the Piping Plover, which has yellowish-orange legs and a black tipped orange bill.